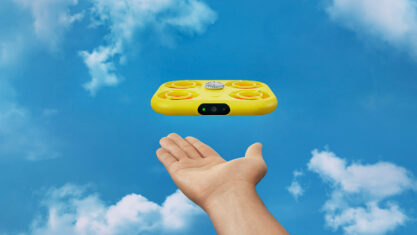 Snap began selling its new automated hovering Pixy drone made for taking selfies. The drone is available in the U.S. and France currently. Even with a limited market, the demand appears to be outweighing Snap’s supply.

Reports are coming in that Snap is extending the estimate for Pixy drone shipments. Previously, customers of the $230 USD (roughly $294) Pixy drone were told that wait times were upwards of three months. Now, Snap’s website claims shipping times can be up to four months.

Additionally, Snap CEO Evan Spiegel told The Verge’s Alex Heath that “in hindsight, we probably should have made more.”

Estimated shipment in 15-16 weeks for the Pixy drone, per Snap’s website

“Honestly, in hindsight, we probably should have made more,” Evan Spiegel told me before the launch https://t.co/7ePpWWUimA https://t.co/ACON9SlJ2A

It’s still difficult to say whether Snap’s Pixy drone is flying off virtual shelves or if they are merely hovering. There does seem to be demand for the product. Though, just how much demand remains to be unclear as Snap is not disclosing how many were manufactured in the first place.

The demand for the Pixy does seem warranted. It appears to be a pretty neat piece of tech. The hovering Pixy drone features a number of flight patterns including ‘Hover,’ ‘Orbit,’ ‘Reveal,’ ‘Favourite,’ and ‘Follow.’

Users are able to guide the Snap Pixy drone to a spot in the air or follow the user. The drone can then take photos or videos and send them directly to the Snapchat app on iOS and Android. Users can edit these photos and videos with various filters and Snap effects like ‘Hyperspeed,’ ‘Bounce,’ ‘Orbit 3D’ and ‘Jump Cut.’ Once complete, the image or video can be shared.

In terms of specs, the Pixy offers a 12-megapixel camera, capturing 2.7k videos. The battery lasts roughly five to eight flights on a single charge.

While on the market, it’s not yet known when the Snap’s Pixy drone will be available in Canada. Though, given the shipment times for the U.S., we shouldn’t wait with bated breath.