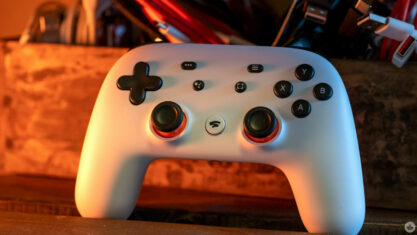 Google might be working to add Nvidia GPU support to its servers for Stadia and/or Immersive Stream for Games.

As reported by 9to5Google, a code change from last month shows that Google added a way to include necessary drivers for Nvidia GPUs:

“Add support to the kokoro job script to generate a disk that contains the UMD/KMD NVIDIA modules and corresponding support files required for instances that use a NVIDIA gpu.”

Google’s game streaming services — Stadia and the underlying Immersive Stream for Games tech Google opened up for companies to use — have so far relied on custom AMD GPUs to power games. Researchers have said that Stadia’s servers run on AMD’s Radeon Pro V340, or something similar in power.

The main reason for this is that Stadia uses a modified version of the Linux kernel and, until recently, Nvidia hasn’t offered open-source GPU drivers for Linux.

In other words, with Nvidia offering open-source GPU drivers, it looks like Google is prepping to support the company’s hardware for use in Immersive Stream for Games and Stadia. While Nvidia GPUs aren’t available for the services yet, the inclusion points to intriguing possibilities.

As 9to5 notes, Stadia games are optimized to run on the current AMD hardware. If Google swapped Stadia to Nvidia, it would likely introduce issues for the current lineup of games unless developers similarly optimized for the new hardware.

That said, it’s certainly a possibility. 9to5 says Google might have plans for a Stadia ‘hardware upgrade’ to make it more competitive with other game streaming options from Microsoft and Nvidia. Alternatively, it could just be a way to give developers building Immersive Stream experiences more options.

For now, it’s not clear how this will play out, or what it means for Stadia users. The change could herald a significant upgrade, or could mean little — only time will tell.