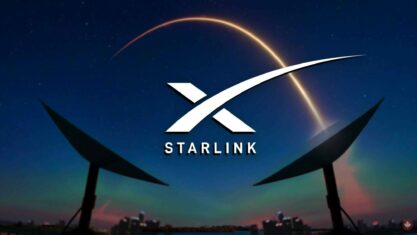 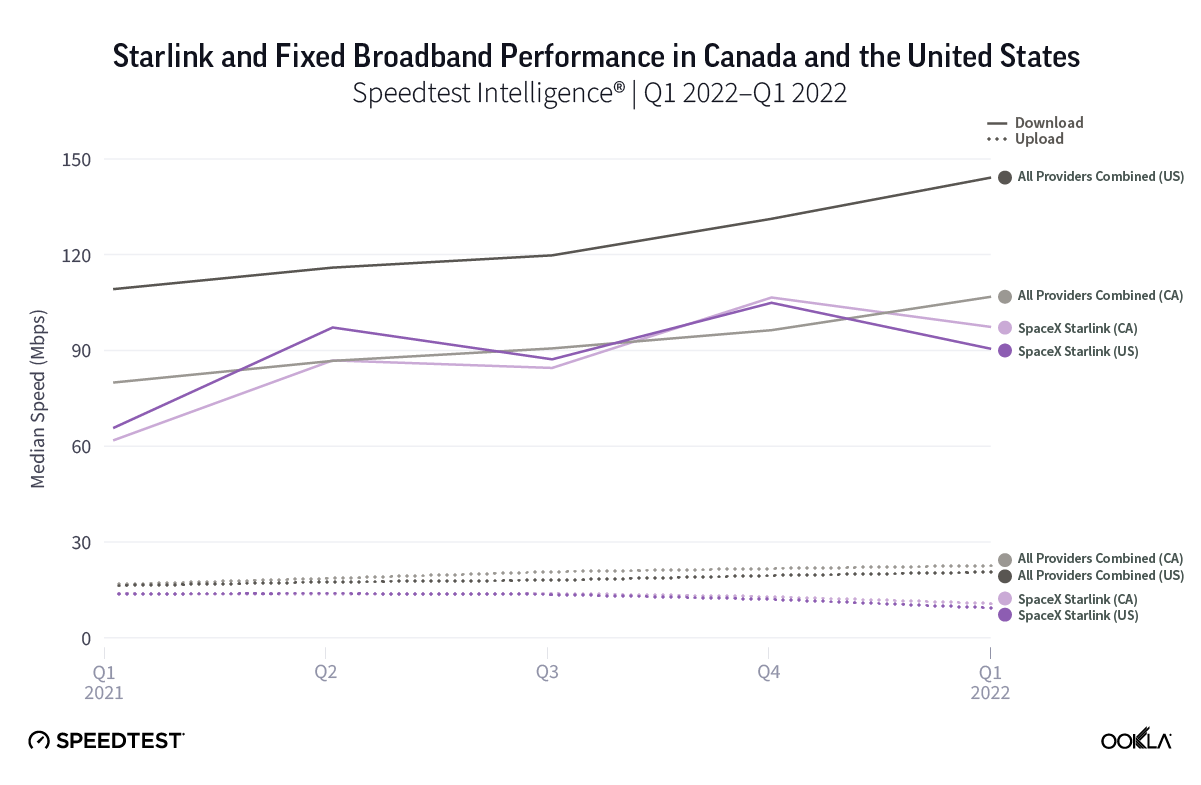 Starlink performance in Canada and the U.S. | Credit: Ookla

In Canada, Starlink had slightly slower median download speeds than fixed broadband providers, which had a median speed of 106.86Mbps. 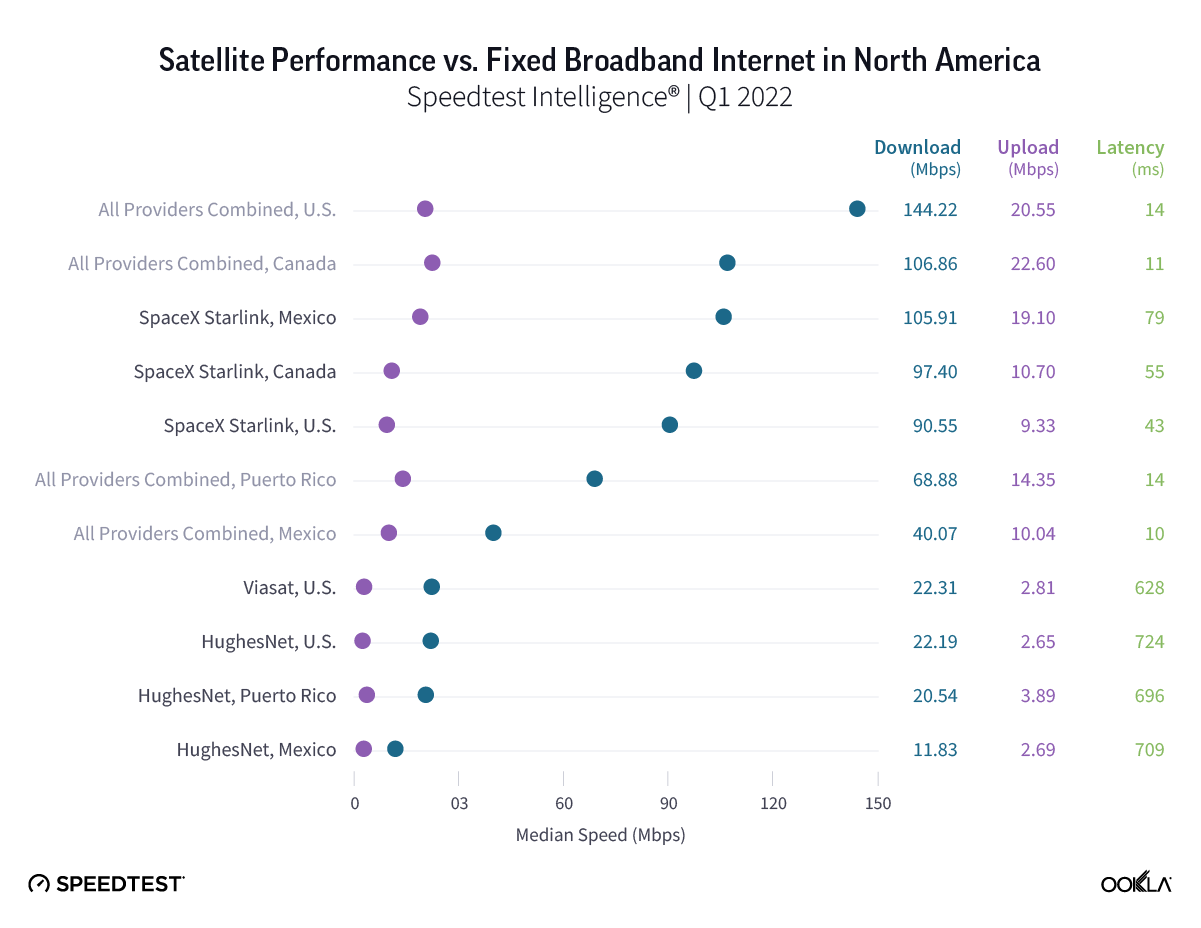 Overall, the data looks good for Starlink. Sure, it may not be the fastest, but for many people living in rural areas, the service is a game-changer. Starlink’s average speeds are competitive with average fixed broadband services, while also having much great reach in rural areas where there may not be fast or reliable broadband available.

As such, it’s not surprising to see that Canadians are increasingly relying on Starlink. The Quebec government, for example, started a program to subsidize the cost of Starlink for select rural households, while the federal government used the service to connect homes in rural Manitoba. Of course, there’s competition brewing too: Amazon recently applied to bring its Kuiper satellite internet project to Canada.