Stray launches on July 19, also available to PlayStation Plus Extra and Premium subscribers 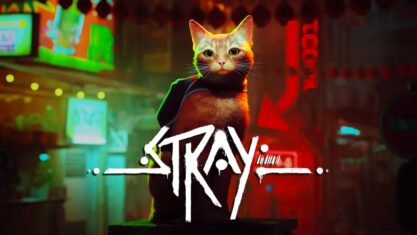 During its latest State of Play showcase, Sony announced that BlueTwelve Studio’s Stray is launching on July 19th. Additionally, the game is landing on the new PlayStation Plus Extra and Premium tiers. Subscribers will gain access to the game at no additional cost.

Stray was first announced in June 2020 when the PlayStation 5 was first revealed. Stray is an action-adventure where players take on the role of a stray cat in a cyberpunk-esque world populated by robots. Players navigate the neon-painted environments in search of his family with the accompaniment of a friendly drone. Together, they must solve puzzles and traverse the landscape to evade enemies and reach their goal.

Following the State of Play, BlueTwelve Studio published a PlayStation Blog post, outlining that the project has been in development for seven years. Initially named HK Project, Stray is built by a team of 80 percent cat owners. The team appears to show a real passion for making a game that translates that perspective of being a cat into a video game.

A subscription for PlayStation Plus Extra begins at $17.99 a month. Premium, on the other hand, is available for $21.99 a month.