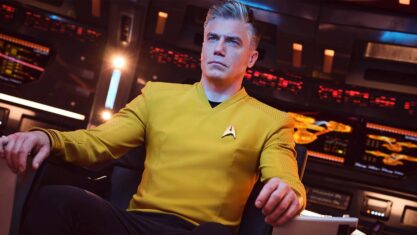 Our ‘Streaming in Canada’ column typically focuses on new content from Amazon Prime Video, Crave and Netflix, but other services like Apple TV+ and Disney+ will be mentioned when relevant. Premium video on demand (PVOD) platforms are also fair game as movies continue to come to digital early amid the COVID-19 pandemic.

Picking up after Amazon’s Bosch police procedural series, Bosch has retired from the LAPD and now works as an investigator for Chandler.

The spin-off was developed by Bosch executive producer Eric Overmyer and author Michael Connelly and once again stars Titus Welliver as Bosch, Madison Lintz as Maddie and Mimi Rogers as Chandler.

The first in a recently unveiled slate of Canadian Prime Video content, this true crime doc from Welland, Ontario filmmaker Nathalie Bibeau (The Walrus and the Whistleblower) explores the unsolved 1974 murder of a 22-year-old woman in Oshawa, Ontario.

A new island of teenage boys is thrown into the mix with the girls, who must all try to survive the social experiment.

The full list of movies and shows hitting Amazon Prime Video Canada this month can be found here.

A novelist is accused of killing his wife, who was found dead at the bottom of the staircase in their home.

Based on Jean-Xavier de Lestrade’s 2004 true crime docuseries of the same name, The Staircase was created by Antonio Campos (The Devil All the Time) and stars Colin Firth (The King’s Speech), Toni Collette (Hereditary), Michael Stuhlbarg (Call Me By Your Name), Dane DeHaan (Lisey’s Story), Olivia DeJonge (The Society) and Sophie Turner (Game of Thrones).

This Star Trek Discovery spin-off follows Captain Christopher Pike and the U.S.S. Enterprise crew as they explore new worlds in the decade prior to the original Star Trek series.

The series has already been renewed for a second season.

The full list of movies and shows hitting Crave this month can be found here.

For May the 4th (AKA “Star Wars Day”), Lucasfilm has released a documentary on the making of The Book of Boba, featuring director Robert Rodriguez, star Temuera Morrison and more.

The full list of movies and shows hitting Disney+ Canada this month can be found here.

A Canadian journalist gets to the bottom of a secret society that has been influencing the world for years.

A spin-off of Toronto-born Mike Myers’ film So I Married an Axe Murderer, The Pentaverate was created by Myers and stars Myers as the journalist and several other characters, Ken Jeong (Community), Keegan-Michael Key (Key & Peele) and Debi Mazar (Entourage).

Helena Bonham Carter (The King’s Speech) narrates this documentary about the adventures of baby lions, elephants penguins and more.

The full list of movies and shows hitting Netflix Canada this month can be found here.