Streaming in Canada on Prime Video, Apple TV+, Crave and Netflix [May 30-June 5] 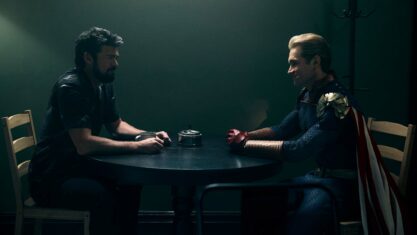 Our ‘Streaming in Canada’ column typically focuses on new content from Amazon Prime Video, Crave and Netflix, but other services like Apple TV+ and Disney+ are mentioned when relevant. Premium video on demand (PVOD) platforms are also fair game as movies continue to come to digital early amid the COVID-19 pandemic.

One year after the events of Season 2, Hughie, Butcher and The Boys work for the government until they learn about a potential superweapon that could take down the increasingly unhinged Homelander.

Note: I don’t usually include my own opinions on what’s featured in each Streaming in Canada column — mostly because there’s just too much to watch! But I have seen the first five episodes of The Boys Season 3, and I’m happy to say it’s just as good as ever. The first few episodes are perhaps a bit slower-paced than one might expect from the show, but it’s all in service of taking the time to get into the headspace of our characters amid the new status quo.

Of course, this means we see more of Butcher’s (Karl Urban) struggles to work with the government and Homelander’s (Antony Starr) ever-fragile mental state, and both remain fantastic in their respective roles. (Seriously — Homelander is one of the best characters in any superhero story ever.) But I was especially pleased to see Hughie (Jack Quaid) and Kimiko (Karen Fukuhara) get satisfying and emotional beats. I’m also intrigued to see what Jensen Ackles’ Soldier Boy brings to the mix. All around, The Boys is as sharp as ever, and a must-watch even if you’re not normally a fan of superheroes. Oh, and you’ll never see Ant-Man the same way again.

Things look up for Sheila after she successfully launches her first fitness video until she becomes torn between her husband and a dangerous attraction to someone else.

Physical was created by Annie Weisman (About a Boy) and stars Rose Byrne (Damages), Rory Scovel (The Eric Andre Show) and Geoffrey Arend (Body of Proof).

Find out what’s coming to Apple TV+ this summer here.

Fantastic Beasts: The Secrets of Dumbledore

Several years after the events of The Crimes of Grindelwald, Albus Dumbledore recruits Newt Scamander to lead a team against Grindelwald’s growing legion of followers.

It’s important to note the film has been the subject of many controversies, including Wizarding World creator and The Secrets of Dumbledore co-writer J.K. Rowling’s repeated transphobic comments.

The Pynk strip club dancers struggle during the pandemic while battling for the throne.

The full list of movies and shows that hit Crave last month can be found here. Meanwhile, a round-up of June’s new content is available here.

Contestants must avoid touching the “lava” on the ground while navigating various obstacles.

The full list of movies and shows that hit Netflix Canada last month can be found here. Meanwhile, a round-up of June’s new content is available here.