Substack is rolling out a new podcast player, additional moderation tools, leaderboard categories and more, the company announced this week. The new upgraded podcast player has launched in the Substack iOS app and is designed to help users navigate several actions on one screen. The player initiates as a bottom dock instead of presenting as an overlay.

The company notes that the new audio player’s actions are stacked together in defined boxy buttons to make it easier for users to distinguish between things like volume sliders and time scrubbers. Substack also says it’s updated the player’s haptics to make it feel more responsive. Some buttons, such as the play and scrubber buttons, trigger immediately on touch, while other buttons wait for a more traditional touch to trigger haptics.

We recently shipped an updated podcast player in the Substack app. It’s fully-featured – an app within an app – and it was a delight to combine all of my favorite audio design patterns into one experience.

Here’s a behind the scenes

at my favorite aspects: pic.twitter.com/raqGBwDw70

Substack has also rolled out improvements to its comment reporting tools to make it easier for writers and readers to moderate their own communities. Readers now have the ability to report offensive comments to publication admins. Admins can now view, approve, or remove reported comments. This queue will also display spam comments removed by Substack.

In addition, Substack is introducing new leaderboards to help writers get discovered by new readers. There’s a new “Writer favorites” leaderboard that highlights writers who receive an outsized number of recommendations from other Substack writers. The category will surface emerging publications that have yet to be discovered by a mass readership. Substack is also rolling out a new “Featured recommenders” leaderboard that showcases writers who are sending lots of new subscribers to fellow writers on Substack.

The company is also introducing a new “International” category for writers who are covering global affairs. Users can submit their writing to the new category by adding “international” as one of the tags labeling their publications. 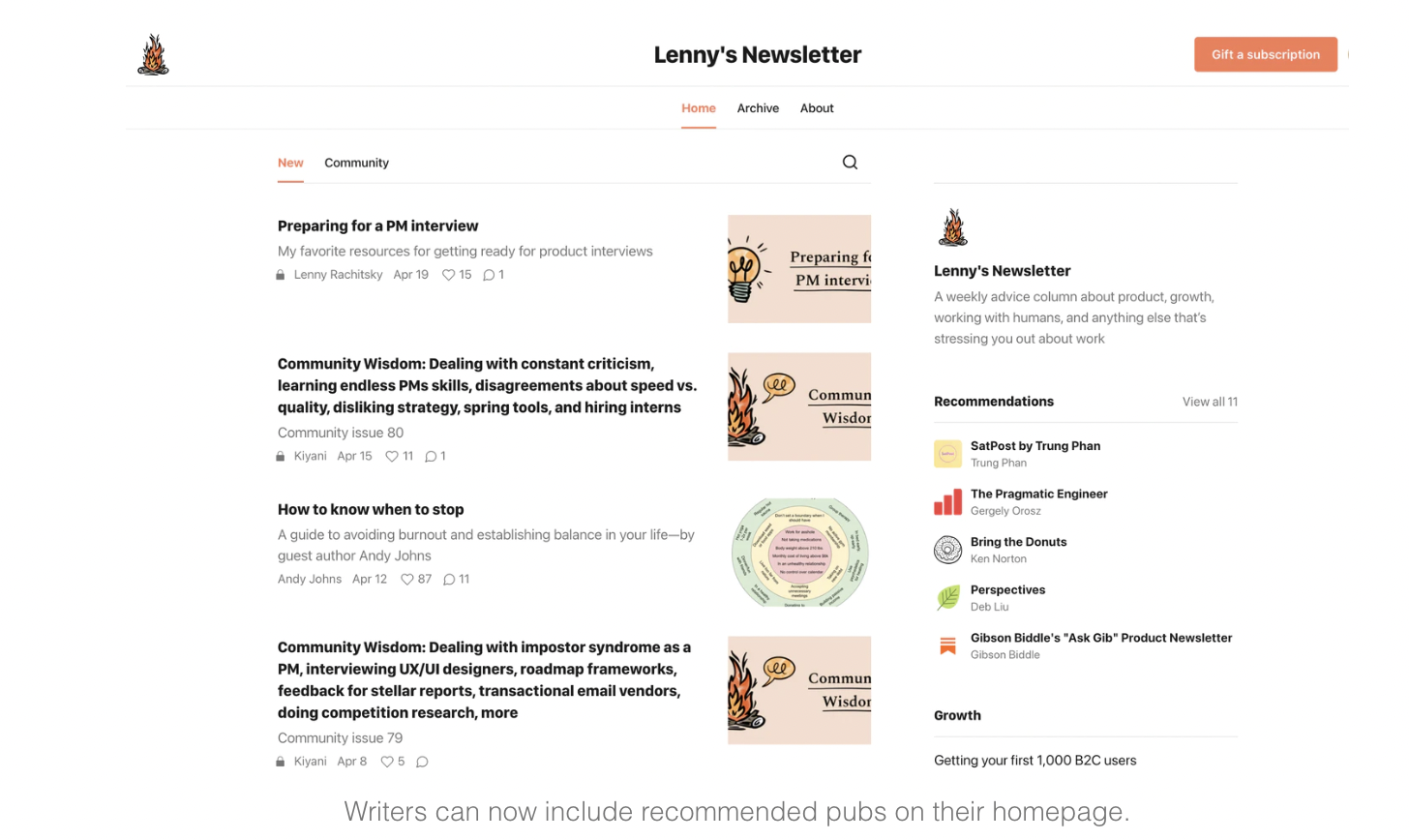 The new features come as Substack recently launched an iOS app for reading. The new “Substack Reader” app brings all of your Substack subscriptions into one place where you can read content from writers you follow. For writers, Substack says the new app will allow them to better connect with their readers and also give them more ownership of their content and mailing list. The main focus of the app is to give users a simple way to read posts and discover new writers on Substack, the company says.