Switch Sports recaptures the motion-controlled magic of its predecessor 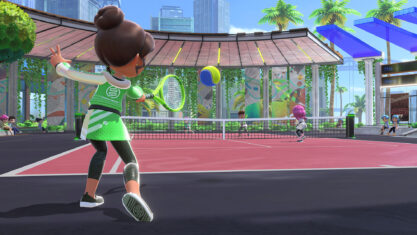 Wii Sports was a cultural phenomenon when it released 16 years ago as a pack-in title for Nintendo’s Wii.

For a few years, the game was everywhere, including on mainstream news broadcasts featuring anchors awkwardly waving Wiimotes and talking about the latest “Nintendo,” retirement homes, and living rooms worldwide.

While the novelty of motion-controlled gaming has faded over the past decade, with a few Switch titles and virtual reality controllers being the notable exceptions, it remains the most pick-up-and-play way to control a game, especially for those not familiar with the medium.

Fast-forward to 2022 and we have Switch Sports, a reimagining of Wii Sports designed for the Switch. Though late in the home console-portable’s life, Switch Sports is, for the most part, just as compelling as its predecessor — especially when it comes to online and, more importantly, local multiplayer.

As you likely already assumed, all of these sports require you to perform some sort of physical motion with the Switch’s Joy-Con controllers. 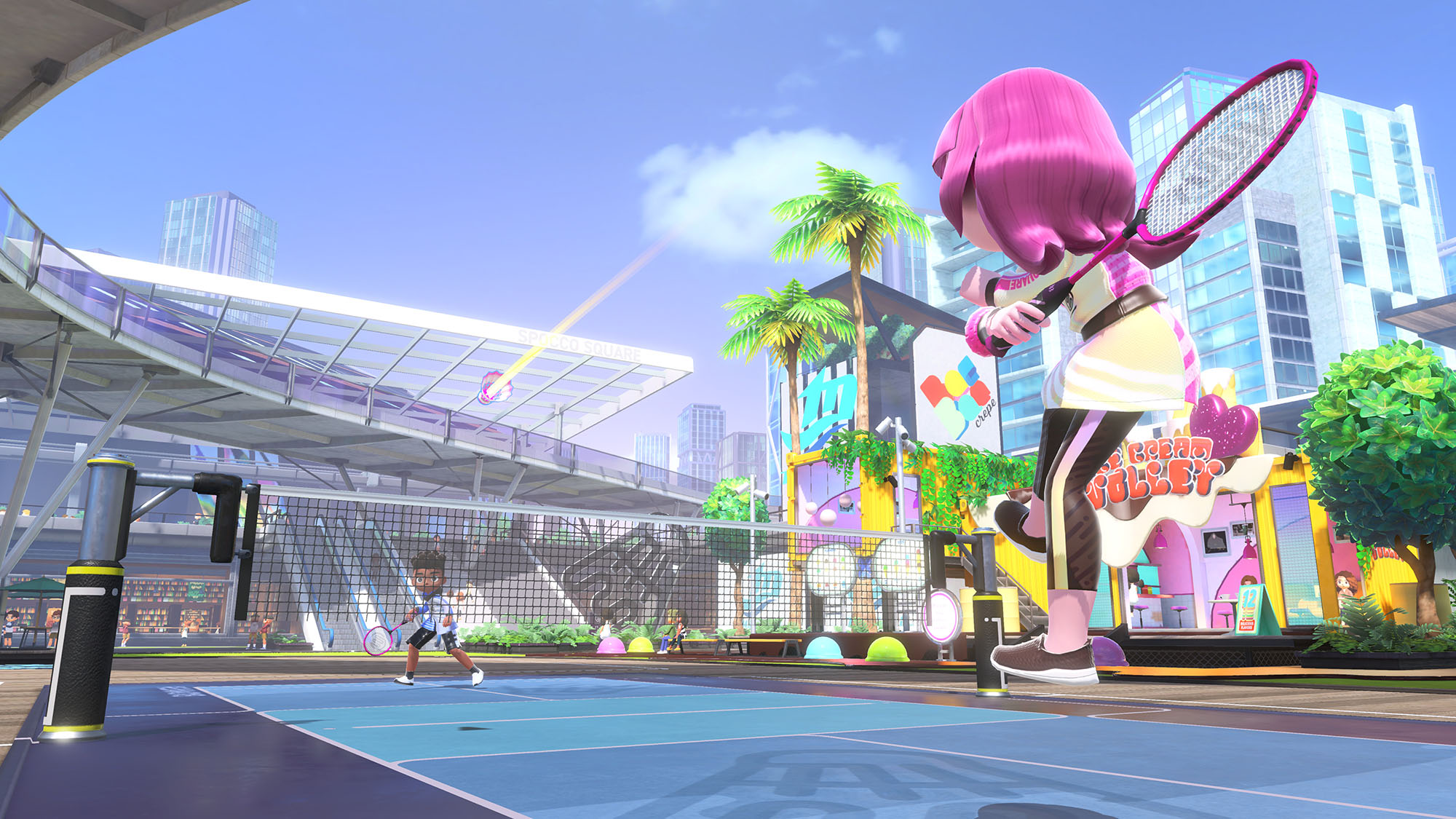 For example, tennis plays very similarly to its Wii Sports counterpart, though with an added level of control. You really feel like you have the ability to shift the ball’s direction based on your timing and whether you opt for a forehand or backhand shot. Badminton plays similarly to tennis and offers real precision over the birdie’s direction, though it’s far more frantic and can only be played solo.

Soccer feels like the most full-fledged title in Switch Sports’ lineup, but it’s also an outlier. The game is controlled with two Joy-Cons, with one being used to move your player around and the other for motion-based kicking and the camera.

Soccer feels like a slightly less chaotic, albeit slower-paced, take on Rocket League, and has a surprising amount of depth and strategy to it, whether you’re playing 4-on-4 or 1-on-1. 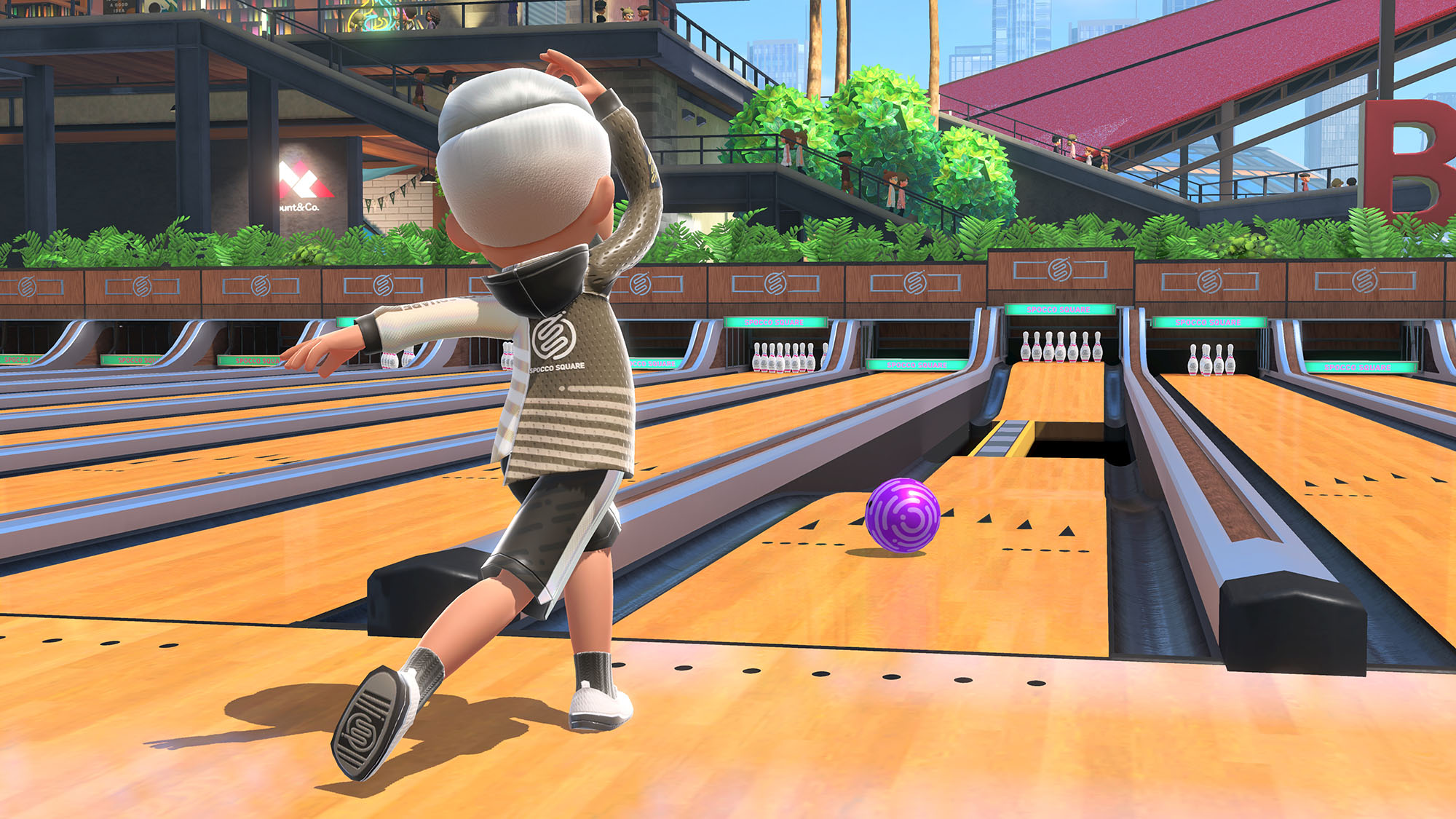 Bowling is just as fun as you remember.

Because its controls are more complicated, soccer is also the most difficult sport to pick up and immediately understand. However, this makes it great for solo online play, and I can see it evolving into a go-to sport when I have time to kill and want to play on my own. If you’re deciding between the physical or digital version of Switch Sports because you think you need the included leg strap, just opt for the digital version. Soccer’s shoot-out mini-game is purely timing-based and isn’t very fun.

Next, there’s bowling, the true Wii Sports classic. Bowling is just as fun as it was years ago, but there’s an interesting twist this time around: you can bowl simultaneously against other players. This means there’s no waiting involved and everyone is bowling at once, making the game move much faster. Further, when you’re playing online, things become battle royale-like, with players with lower scores slowly being eliminated in subsequent rounds. 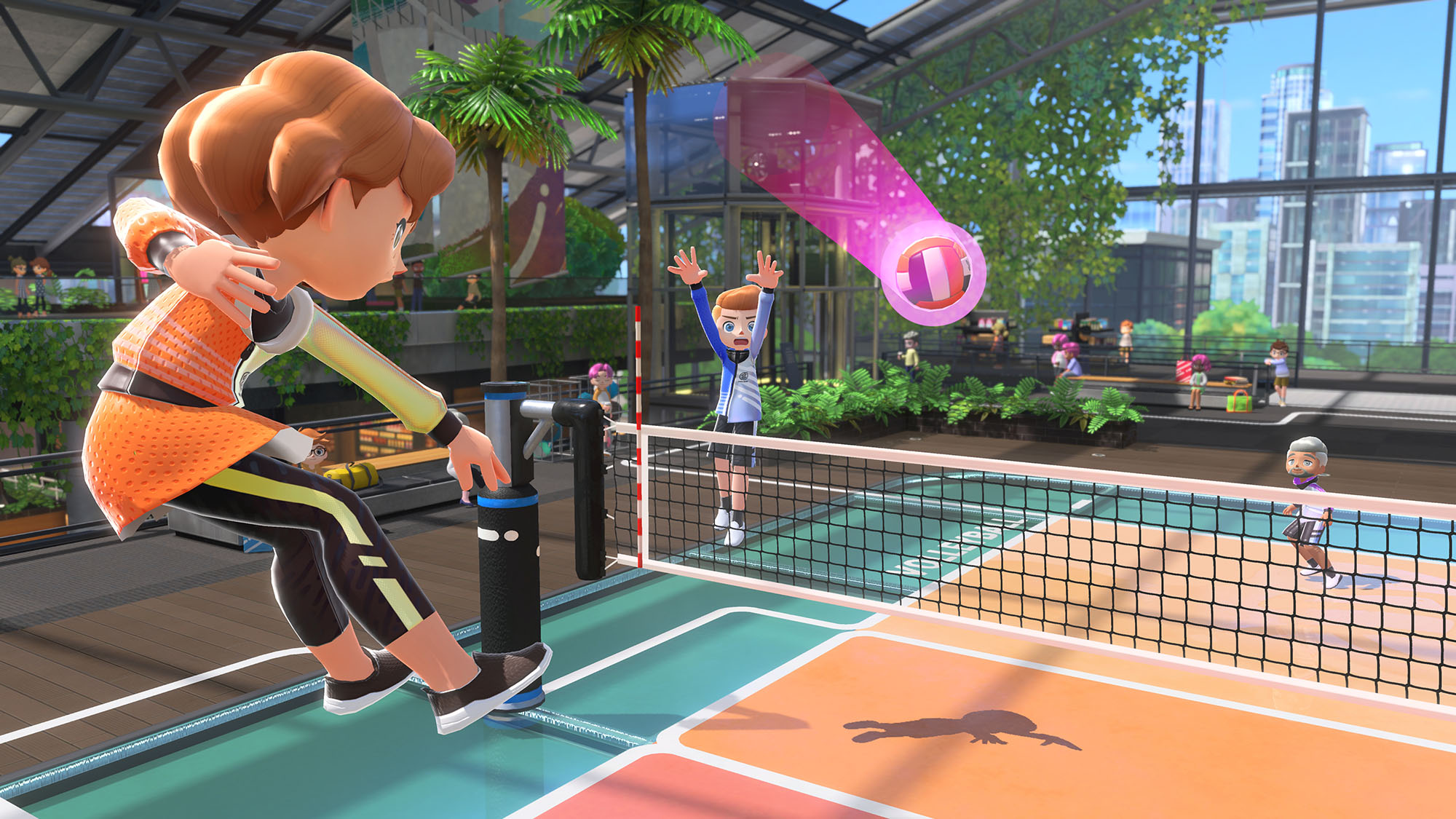 Chambara — which was included in Wii Sports Resort — is a strategic sword fight with either a single sword or dual-wielding swords. Though the sword is surprisingly responsive to my Joy-Con movements, I found that most games devolve into a flaying match devoid of blocking, similar to Wii Sports‘ Boxing. As a result, I’ve spent the least amount of time with chambara so far.

Finally, there’s volleyball, the most timing-focused of all of the title’s sports. When you’re playing with a partner co-operatively, volleyball can feel great as you time your bumps, volleys and strikes perfectly as a team, but solo, it quickly becomes repetitive. Unlike tennis and badminton, volleyball doesn’t seem to offer precise control over where the ball is headed and primarily emphasizes timing and rhythm. It’s worth noting that my partner is a big fan of volleyball’s focus on timing, so whether or not the sport appeals to you will come down to personal preference.

There’s a lot to like about Switch Sports’ various sports, but there are a few notable omissions, including Wii Sports’ favourites like boxing and baseball. Nintendo may have plans to bring these games to the title down the line, but nothing has been confirmed yet. So far, we only know that the ability to play soccer with the leg strap and golf are coming later this year. 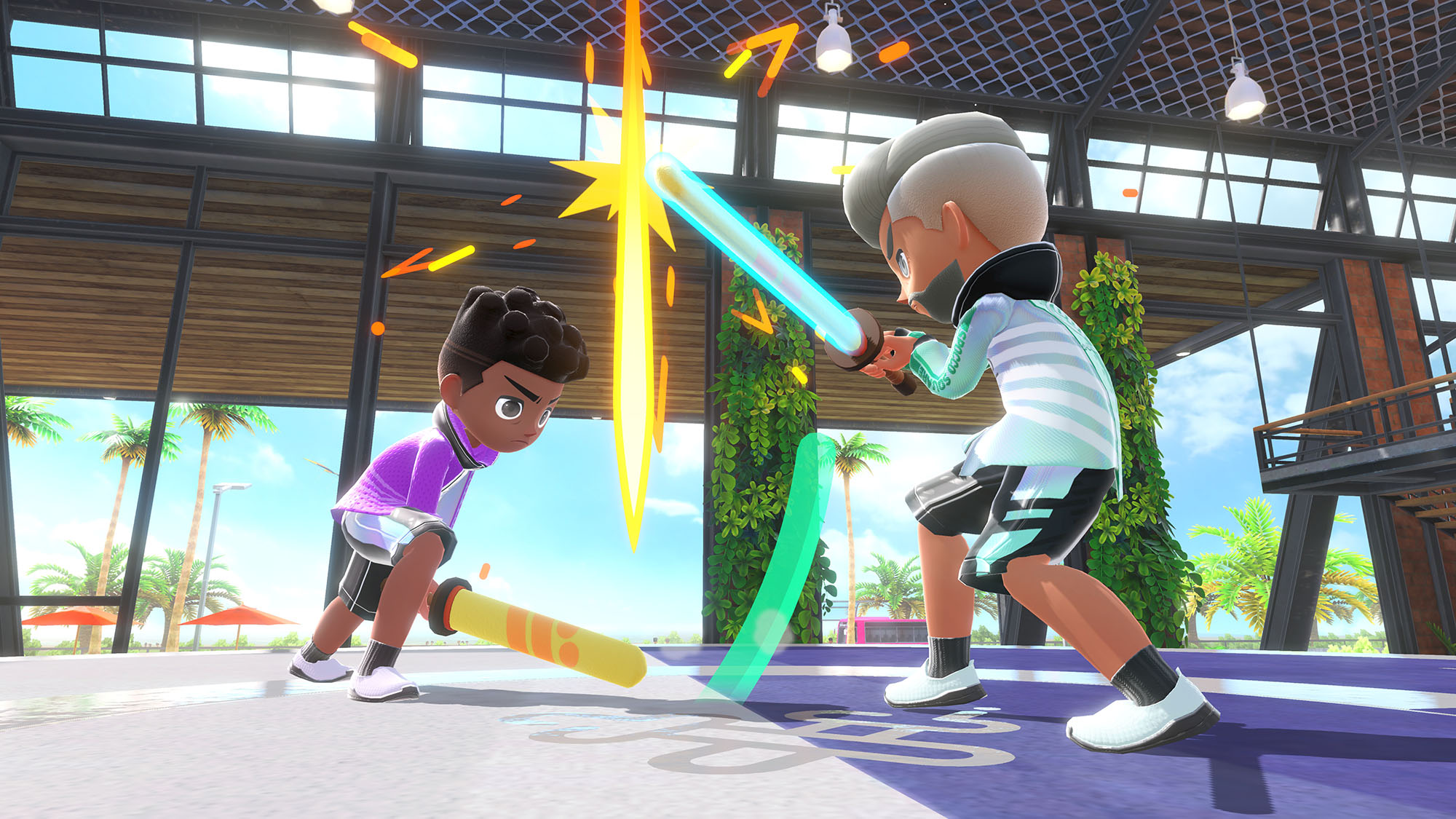 Chambara is too chaotic for me.

Strangely, Wii Sports‘ ‘Challenges’ are absent from Switch Sports. As someone who spent most of his time playing Wii Sports solo, this is disappointing and a perplexing move on Nintendo’s part. Some of my fondest memories of Switch Sports involve various tennis challenges like returning a specific number of serves or hitting moving targets.

Like the arrival of additional sports, I wouldn’t be surprised to see Challenges make their way to Switch Sports in the future, but nothing has been confirmed yet.

Thankfully, what Switch Sports does feature is a surprisingly robust online mode that’s playable solo or with another player locally. I’ve spent most of my time online playing tennis and soccer with my partner and can confirm it’s a great experience. You can opt to play a specific sport or rank several different sports in the order of how interested you’re in playing them. After 10 matches in any given sport, you unlock a ranked mode that ensures play remains balanced and that gives you something to work towards, though I’ve only unlocked this feature with tennis and soccer so far. 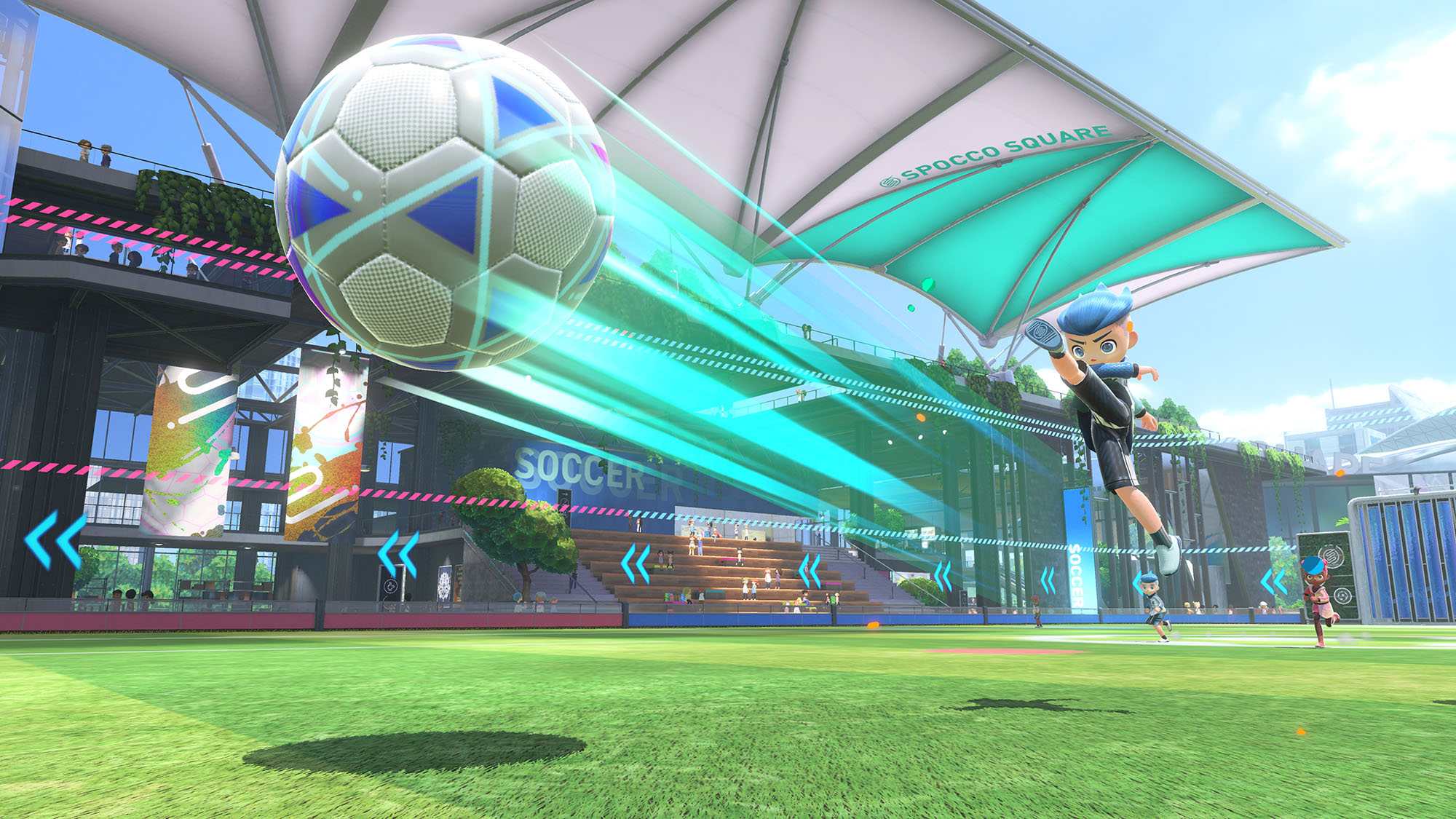 Soccer is great but more complicated than other sports.

Playing and accomplishing specific goals in sports, like hitting the ball on the line in tennis or even just winning, gains you points that let you earn new in-game items like rackets, swords, balls, reactions and player titles that can often be reworked into amusing phrases (for example, my partner’s title is ‘Former Child’).

It may sound silly, but this kept me playing longer than I expected as I continued to try to unlock that coveted black toque for my tennis pro. It’s important to note that these items can only be unlocked in online play and that there’s no way to get them offline. 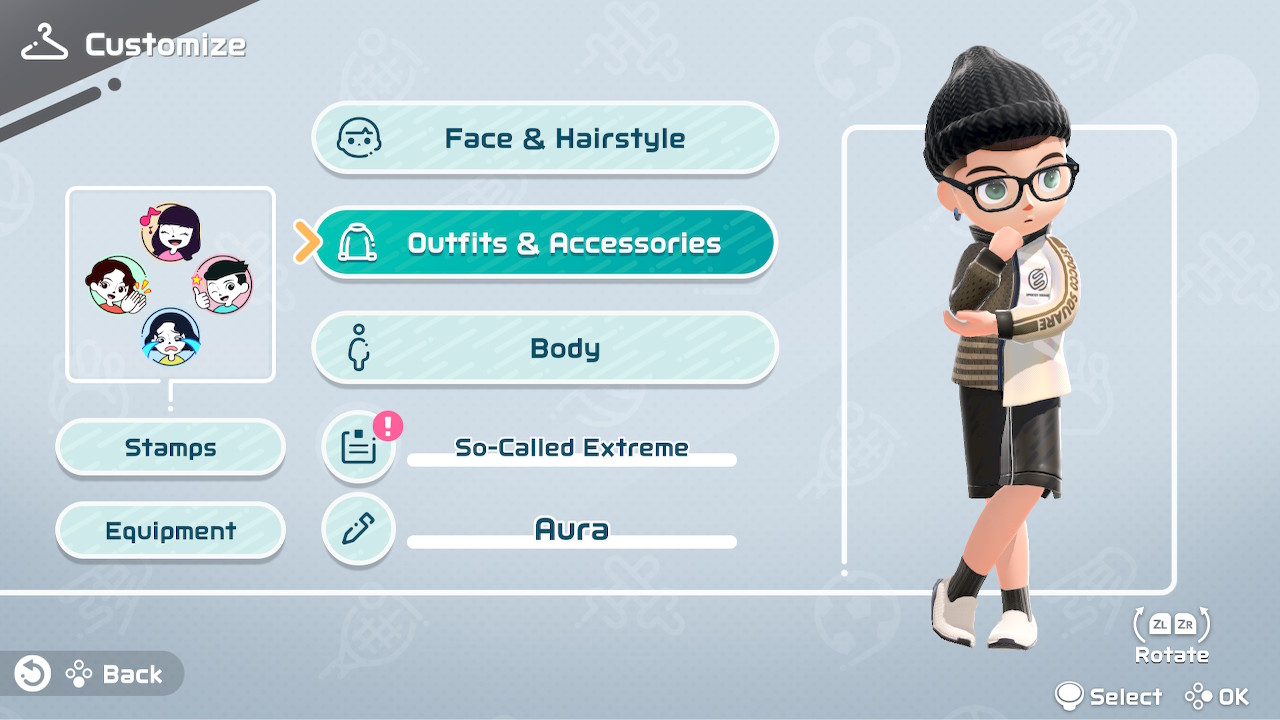 I like to imagine that my character looks like they’re unapproachable and smokes roughly a pack of cigarettes a day, despite being a tennis pro.

Overall, the customization options for your character in Switch Sports are rather limited, but Nintendo could have plans to add more in the future (you’re likely sensing a theme here).

Switch Sports offers a solid foundation that’s missing a few key features Wii Sports fans will likely wish were included in the game. That said, the sports that are here are great, especially classics like tennis and bowling. Hopefully, Nintendo has plans to continue to add new sports and challenges to the game in the future.

Switch Sports is available now for $64.99 on Amazon on Nintendo’s Switch.