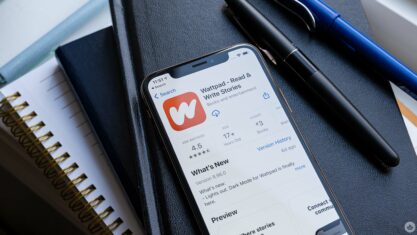 Toronto-based Wattpad announced a new program to help empower writers and earn them money on the platform.

The ‘Wattpad Creators Program’ is part of the company’s ongoing commitment to “be the best place in the world for writers to build a global audience and make money from their work.” The program will consolidate some of the company’s long-standing writer perks and expand others. The goal is to help support writers on the platform as they build their careers.

Participants in the program will be eligible for marketing and editorial support and sponsored brand partnerships. Also, for the first time, Wattpad will give cast stipends of up to $25,000 (the company boasts plans to pay out $2.6 million in stipends this year).

Moreover, the Creators Program will make some of Wattpad’s biggest stories exclusive to the platform. Exclusives include romance writer Tamara Lush, author of Drive and Crash, Jessica Cunsolo, author of the With Me series, Kate Marchant, author of Float, and more.

It’s worth noting that the With Me series has accumulated one billion reads on Wattpad and has an adaption in development from Wattpad’s WebToon Studios and Sony Pictures Television.

As part of the Creators Program, Wattpad rolled out a new ‘Engaged Readers’ metric that can provide writers with a snapshot of their story’s performance on the platform.

Alongside the Creators Program, Wattpad announced a ‘Creator Portal.’ Available to all writers, the Creator Portal is an online resource offering information and tips for writers to “hone their craft.”

Wattpad says the new Creators Program is rolling out now to English-language writers around the world. Spanish-language markets and the Philippines will get it next, with additional markets getting the program in 2023. Further, educational programming and writer resources will be available to over 3,000 eligible writers this year, plus over 500 writers will be eligible for cash stipends.

To qualify for the Creators Program, writers need to have:

You can learn more about the Wattpad Creators Program here.