Toronto’s affordable city-funded broadband service is a no go 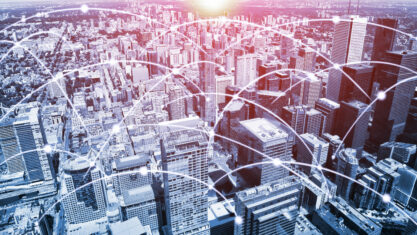 The city of Toronto is seemingly abandoning plans for a municipal broadband network that would have provided affordable, high-speed internet to low-income Torontonians, reports The Toronto Star.

“After hearing skepticism last month from members of Mayor John Tory’s executive committee, and amid lobbying of politicians and officials by Canada’s telecom giants, city staff on Tuesday deleted key recommendations from its March 16 update on the ‘ConnectTO’ plan approved in principle by city council early last year,” reads the Star report.

According to the report, the ConnectTO plan, which is set to go before the Executive Committee on Wednesday, May 4th has been requested to be altered by the deputy city manager of corporate services and chief technology officer. The requested aims for the Executive Committee to remove “endorse the proposed creation of a City-owned high-speed Municipal Broadband Network that will, in the long term… help ensure equitable access to broadband internet for residents regardless of their financial means or circumstances” from the plan.

According to skeptics, the change in the report is likely due to pressure from the Big Three Candian telecom companies like Bell and Rogers. The report suggests that Bell sent a letter to the executive committee between March 16th and March 30th where it talked about issues with a city-funded broadband service. Bell states that instead of developing broadband infrastructure, which it argues is already in place, the city should use the funds to aid low-income families.

“Funds that had been planned for the creation of an MBN could also be redirected towards social-assistance programs that would subsidize the purchase of broadband connections,” reads the letter. “This would have a much more direct and positive impact on the City’s most vulnerable residents that have difficulty affording broadband services at any price, no matter how low.”

The fact that our Mayor @JohnTory is on the Advisory Board for Rogers should raise huge red flags. He gets PAID by Rogers to be an advisory member to the Rogers family trust. This should always have been a major issue and viewed as conflict to office
https://t.co/RQ2h10UFx3

Additionally, while Rogers didn’t file a letter to oppose the city-funded broadband, many see Mayor John Tory’s affiliation with the provider as a conflict of interest.

Read more about the report here.