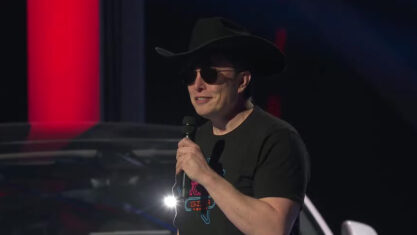 Following news breaking that Elon Musk will acquire Twitter in a deal valued at $44 billion USD (about $56 billion CAD), The Globe and Mail has revealed that the Royal Bank of Canada and the Canadian Imperial Bank of Commerce are aiding the purchase, at least in some capacity.

Additionally, Musk is using a 17 percent stake of his Tesla share, which is valued at around $170 billion for a $12.5 billion loan to fund the acquisition.

CIBC and RBC’s loan is the least risky for Musk since it charges the lowest-cost debt among all 12 lenders.

Musk underlined that his decision to take over the company was motivated by his desire to protect free speech.

“Free speech is the bedrock of a functioning democracy, and Twitter is the digital town square where matters vital to the future of humanity are debated,” said Musk in a press statement of the acquisition news. “I also want to make Twitter better than ever by enhancing the product with new features, making the algorithms open source to increase trust, defeating the spam bots, and authenticating all humans. Twitter has tremendous potential — I look forward to working with the company and the community of users to unlock it.”

Source: The Globe and Mail