Two developers imagine Metroid 64, a 64-bit game that never was 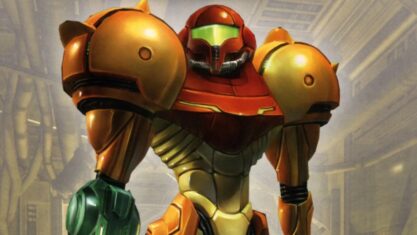 Metroid Prime has been the flagship series for 3D Metroid games. However, Samus didn’t transition to 3D graphics until the GameCube era. With this in mind, two passionate fans created their own Metroid 64 and shared footage with fans alike.

On Twitter, Luto Akino, one of the lead developers, shared the version of Metroid 64, a Unity 3D project. The two-minute-long video shows the game’s perspective and level design. Rather than Metroid Prime’s first-person perspective, this version is in third-person. Samus runs through a rather bare-bones level, comprising of purple platforms.

At last working in #Metroid64 I adjusted small details, and placed a test texture. There is a bug with the beams direction when Samus is flat against the wall that I need to fix #metroid #F2P #n64 #lowpoly #Nintendo64 #Zelda #unity #unity3d #madewithunity #gamedev #3dmodeling #3D pic.twitter.com/sWBYoTbove

Akino even shares some deeper gameplay aspects like Samus using her arm cannon and transforming into the Morph Ball. Unfortunately, the gameplay shown doesn’t give any glimpse into enemies or puzzles. However, it’s a very accurate representation of what a Metroid game would look like.

Nintendo’s Metroid series first began on the Nintendo Entertainment System in 1987. Later sequels include Metroid II: Return of Samus, and Super Metroid in 1994. However, there was an eight-year gap before Metroid Fusion and Metroid Prime launched on Game Boy Advance and GameCube respectively. The Nintendo 64 generation was void of any Metroid titles.

Most recently, the series went back to its 2D roots with Metroid Dread. Our very own Patrick O’Rourke enjoyed his time with the title and appreciated its emphasis on backtracking and exploration. Nintendo also has Metroid Prime 4 on the horizon, though development hurdles have reportedly impacted its release date.

Discussions of a possible Metroid game on N64 reportedly happened. However, co-creator Yoshio Sakamoto admitted the team “couldn’t come up with any concrete ideas or vehicle at that time.”

Akino has been working on this project for quite some time with a friend. Additional updates on the project are found on Akino’s Twitter feed. However, there’s no clear indication of when the public can begin playing Metroid 64.