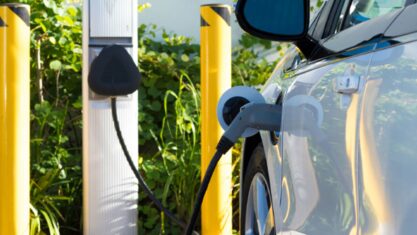 Vancouver city hall is reportedly looking into a new policy fixated on gas stations that fail to support electric vehicle (EV) charging. If passed, gas stations will incur an annual fee of $10,000 for failing to provide EV charging stations.

The introduction of this proposal is another step in the city’s transition to better support EVs. Vancouver’s continued investment sees a gradual rollout of EV charging stations and incentives to encourage residents to purchase EVs.

The proposal would see gas stations have to make charging stations available by 2025 to avoid increased licensing fees. “There would be an incentive to invest in EV charging to avoid the higher annual license fee,” a staff member wrote in the report. The current rundown of licensing fees is $263 for a gas station and an additional $163 for the parking lots.

Qualifications must adhere to the following: gas stations must provide 50 kilowatts of charging power. This would be enough for a single DC fast charger. Additionally, parking lots must provide a minimum of 26.6 kilowatts, enough for four Level 2 chargers. These can typically provide between 20 to 50 kilowatts per hour. Note that parking lots with less than 60 stalls are exempt.

It’s estimated that the cost of installing charging stations would be roughly $136,000 for gas stations and $100,000 for parking lots. The proposal states that it would take businesses roughly seven to eight years to recoup those costs.

The adoption rate of EVs within Vancouver (and Canada as a whole) is impacted by charging options and incentives. These barriers remain consistent, according to 12,000 Vancouver residents who took part in a 2021 survey.