What to expect from WWDC 2022: Apple’s new MacBook Air, AR headset and more 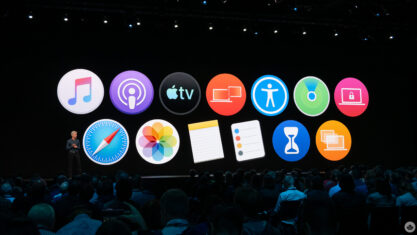 Apple’s Worldwide Developers Conference is just around the corner, and like in years past, several rumours are swirling about the event.

We know almost for certain that we’ll catch a glimpse of the tech giant’s new operating systems, including iOS 16/iPadOS 16, but sometimes hardware also appears at Apple’s events.

Rumours surrounding WWDC 2022 are all over the place, with some pointing to a new MacBook Air being revealed and others indicating that Apple will finally tease its long-awaited mixed reality headset.

Let’s get into it and break down what we might see at WWDC 2022:

This year, the main question surrounding WWDC is if Apple will finally reveal its long-awaited virtual reality/augmented reality (VR/AR) headset. A recent report, courtesy of Apple analyst Ming-Chi Kuo, indicates we won’t catch a glimpse of the headset during WWDC’s keynote, but like a lot of rumours/reports, this could prove inaccurate.

There’s a possibility Apple could utilize WWDC to get developers interested in creating apps for its headset’s operating system (OS), rumoured to be called ‘realityOS.’ This wouldn’t be entirely out of the ordinary for the tech giant as it revealed the original HomePod at WWDC back in 2017 several months ahead of its release in the U.S. (and year’s ahead of it dropping in Canada).

Apple’s AR/VR headset is rumoured to feature dual 4K displays, several 3D sensors and a price tag in the range of $3,000 USD price tag (roughly $3,736 CAD). Some rumours also point to the headset being powered by the tech giant’s M1 chip.

MacBook Air and the M2 chip

Though we likely won’t see Apple’s VR/AR headset at WWDC 2022, there’s a strong possibility the tech giant will finally show off its M2-powered MacBook Air.

The new MacBook Air is rumoured to feature a significant redesign that includes several new colours (hopefully, borrowed from the colourful M1 iMac). The laptop will likely feature a thin but more squared-off design in line with the MacBook Pro, along with the return of the SD card slot.

On the M2 side, Apple’s entry-level next-gen chip will reportedly be based on a 5nm chip with an eight-core CPU, similar to the M1, but with a notable clock-speed bump. The GPU will also reportedly jump to a 9-core or 10-core variant. Despite being more powerful than the original M1 chip, the M1 Pro, Max and Ultra will still surpass the M2, according to reports.

Despite what some rumours might indicate, we likely won’t see a new MacBook Pro at WWDC, but there are rumours Apple could show off a new HomePod equipped with a camera and an M1 Ultra-powered Mac Pro.

Not much is known about iOS 16/iPadOS 16, but it will almost certainly be shown off at WWDC 2022. That said, there are reports pointing to a revamped notification system and software functionality that will enable the iPhone 14 Pro to feature an always-on display that refreshes down to 1Hz.

Another report courtesy of Bloomberg’s often-reliable Mark Gurman also cites the possibility of new features coming to Apple’s Messages/Health apps and that all of Apple’s apps will get a visual refresh of some sort.

Rumours point to macOS 13 being called ‘Mammoth Lakes’ (via 9to5Mac), but beyond this, not much is known about the desktop OS update. Given Apple has moved nearly its entire Mac line over its M1 architecture, it’s likely that we’ll see the tech giant release more exclusive features for the chip.

Apple’s set-top box OS rarely gets much attention at WWDC, but some rumours point to the tech giant releasing some sort of HomeKit-focused feature for the Apple TV that makes it a better smart home hub.

The event will take place on April 6th at 1pm ET/10am PT.