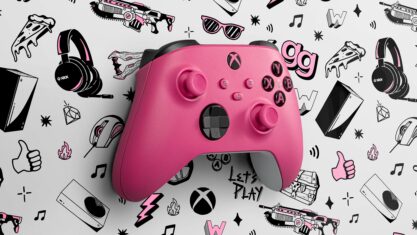 Other than the all-pink front design with a white rear, this is a standard Xbox Wireless Controller for Xbox consoles and PC. As such, it’s priced at the usual $74.99 and can be ordered from retailers like the Microsoft Store.

The company also offers a ‘Design Lab’ service through which you can create your own custom controller at a higher cost.